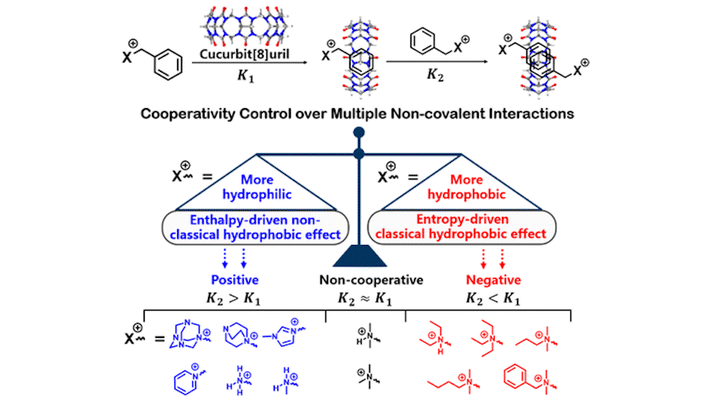 Rational control of the cooperativity of multiple noncovalent interactions often plays an important role in the design and construction of supramolecular self-assemblies and materials, especially in precision supramolecular engineering. However, it still remains a challenge to control the cooperativity of multiple noncovalent interactions through tuning the hydrophobic effect. In this work, we demonstrate that the binding cooperativity of cucurbit[8]uril(CB[8])-mediated homoternary complexes is strongly influenced by the amphiphilicity of guest molecule side groups on account of an interplay between both classical (entropy-driven) and nonclassical (enthalpy-driven) hydrophobic effects. To this end, we rationally designed and prepared a series of guest molecules bearing a benzyl group as the CB[8] homoternary binding motif with various hydrophilic and hydrophobic side groups for cooperative control. By gradually tuning side groups of the guest molecules from hydrophilic to hydrophobic, we are able to control the binding from positive to negative cooperativity. An advanced molecular recognition process and self-assembling system can be developed by adjusting the positive and negative cooperativity. The ability to regulate and control the binding cooperativity will enrich the field of supramolecular chemistry, and employing cooperativity-controlled multiple noncovalent interactions in precision supramolecular engineering is highly anticipated. 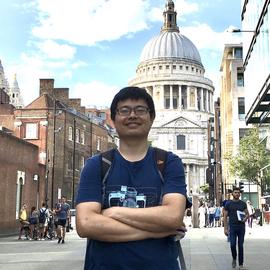